Santa Cruz, California-based Joby Aviation has completed the longest test flight of an eVTOL to date: Its unnamed full-sized prototype aircraft concluded a trip of over 150 miles on a single charge, the company said Monday.
The test was completed at Joby’s Electric Flight Base in Big Sur, California, earlier this month. It’s the latest in a succession of secretive tests the company’s been conducting, all part of its goal to achieve certification with the Federal Aviation Administration and start commercial operations.
The prototype spent more than an hour and 17 minutes in the air and covered 154.6 statute miles on a single battery charge, traveling along a predefined circuit. While the test flight was remotely piloted by Joby’s chief test pilot, Justin Paines, the company plans to have pilots in the aircraft when it opens its ridesharing service for customers. 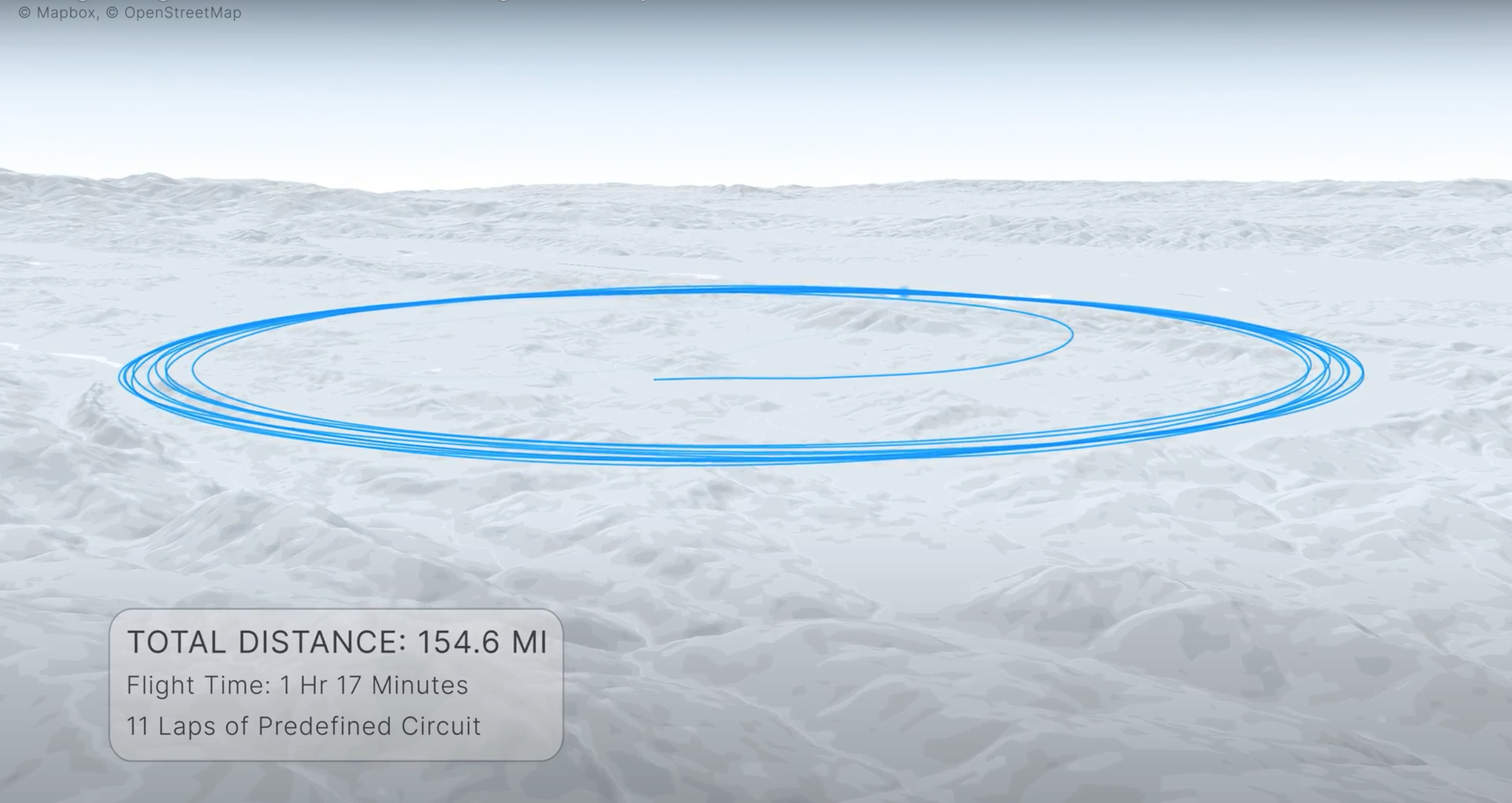 Image Credits: Joby Aviation (opens in a new window)
Headed by JoeBen Bevirt, Joby Aviation has spent the past 12 years designing eVTOL – an electric vertical take-off and landing craft that ascends like a helicopter but flies like an airplane and is magnitudes quieter than both.
Joby is one of a suite of startups looking to make electric air travel a reality for the average American. The company’s website features a graphic showing a proposed trip from Los Angeles airport to Newport Beach – over an hour and 44 miles by car, but only 15 minutes and 35 miles with Joby. Joby aims to make such trips a reality by 2024, and tests like these are a major sign to the public, investors and regulators that it is on track to meet that timeline.
The Future of Flight

Significantly, the company uses commercially available lithium-ion batteries that it has adapted for air travel, so this test flight is also proof that its battery tech is up for the challenge. It’s tricky: The battery must have enough energy density to fly around 150 miles while also having enough power to take off and land vertically. But Joby says it’s nailed a specific combination of cathode and graphite anode to achieve these goals.
Besides being one of the oldest eVTOL developers, Joby is also the best-funded, having raised nearly $800 million in funding to date. That includes a $75 million investment from Uber after Joby bought its air taxi arm, Elevate, and a $400 million investment from Toyota Motor Corp. Joby is going to go public via a merger with special purpose acquisition company Reinvent Technology Partners, a business combination that will inject the startup with an additional $1.6 billion in capital.
It’s a lot of money, but designing and commercializing a novel aircraft is an expensive business. According to some estimates, it could cost up to $1 billion all told.
“We’ve achieved something that many thought impossible with today’s battery technology,” Bevirt said in a statement. “By doing so we’ve taken the first step towards making convenient, emissions-free air travel between places like San Francisco and Lake Tahoe, Houston and Austin, or Los Angeles and San Diego an everyday reality.”
Watch a video on the test flight here: